MiCAR and NFT – a controversy

When do non-fungible tokens fall within the Markets in Crypto Assets Regulation?

At a recent blockchain event, a representative of the German Federal Financial Supervisory Authority (Bundesanstalt für Finanzdienstleistungsaufsicht – BaFin) accurately summed up the position at the end of a lively discussion: “NFTs are neither generally exempt from MiCAR, nor do NFTs always fall within its scope. The concrete design in the individual case remains decisive.”

The current (as of 5 October 2022) draft version of the Markets in Crypto Assets Regulation (MiCAR) explicitly addresses the issue of NFTs (non-fungible tokens). However, the draft does not provide absolute clarity; in this respect, it is to be welcomed that BaFin has announced that it will soon publish an information letter as an interpretation aid on the topic of NFTs.

Only ‘non-fungible’ tokens are not covered by MiCAR

Non-fungible tokens (NFT) are generally cryptographic tokens that are unique and not interchangeable. They lack the fungibility (that is, the standardisation) to establish a sufficient capital market capability. MiCAR cites digital art or collectibles as examples. Even if such unique tokens were traded and could therefore offer a limited financial incentive, the risks for users and the market would be limited due to the lack of interchangeability. We welcome this approach, because already today goods such as art or wine are traded without making this trade subject to prudential regulation. “Tokenisation” as such must not lead to regulation. BaFin correctly described this with the statement “art remains art”.

However, the original conception of NFT as “unique” does not always correspond to practice. NFTs are frequently offered where not every single token is unique, but where instead a certain number of identical tokens exist. The question arises whether such forms of NFT are covered by MiCAR.

MiCAR applies in principle to all crypto assets that contain a digital representation of a value or a right that can be transferred and stored electronically, using distributed ledger technology (DLT) or similar technology (according to Art. 3 para. 1 no. 2 MiCAR).

An exception applies to unique and non-interchangeable tokens (Art. 2 para. 2a MiCAR). However, there is an exception to this rule in the MiCAR recitals: fractional parts of such unique NFTs should not themselves be considered unique or non-fungible (recital 6c of MiCAR). This applies in particular to the issuance of “large series” or “collections” of NFTs that share the same characteristics. According to recital 6c p. 2 MiCAR, this is instead an indicator for the fungibility of the tokens. But MiCAR does not contain a legal definition of these terms.

For example, MiCAR merely states that a different identification number is not sufficient to make a token unique. If, on the other hand, only a few (identical) NFTs exist, it is unlikely to be a large series as defined by MiCAR. It remains unclear when a series is considered large enough to be fungible and fall within the scope of MiCAR.

The question of when exactly a collection exists is also open. It may be that there is no large series, but the issue of the NFT is classified as a collection and thus covered by MiCAR. The individual case is likely to be decisive here.

MiCAR attempts a balancing act between the inclusion and exclusion of NFTs, with the awareness that there is a multitude of differently designed NFTs. But the legislation does not provide a definition of the self-introduced terms large series and collection. In this respect, uncertainties remain in answering the question of when the line to a “fungible” token is crossed. It would be helpful if the supervisory authorities were to provide guidance on interpretation of these terms.

Utility tokens, within the meaning of MiCAR, are tokens that are only used to gain access to a good or service offered by the issuer of the tokens. Utility tokens are (largely) excluded from the scope of MiCAR if they relate to an already existing good or service as they only have a (digital) voucher function.

Utility tokens, by definition, only refer to goods/services offered by the issuer of the tokens. In addition to utility tokens, MiCAR also mentions tokens that can only be used in a limited network of merchants or service providers to obtain goods or services (based on an agreement with the token provider). These tokens also have a voucher function and are excluded from the scope of MiCAR. It is not clear why MiCAR makes that distinction and restricts the concept of utility tokens in this way.

In contrast to NFTs, however, these exceptions from the scope of MiCAR do not apply to voucher tokens (utility tokens and tokens for limited merchant networks) that can be traded on a trading platform or if such trading is intended (according to the recitals). Only the (intended) tradability should lead to the applicability of MiCAR in these cases.

In MiCAR’s articles, the recitals are implemented as follows:

Whether and to what extent a token falls under MiCAR depends decisively on the properties of the respective token. A precise analysis is required in each individual case. The designation of the token is not important (“substance over form”).

Only truly unique NFTs are clearly excluded from MiCAR. Many of the tokens currently offered as NFTs would therefore be covered by MiCAR because they are usually issued in a number of similar tokens.

For tokens with a voucher function, MiCAR provides facilitations or exemptions. However, the tradability of the tokens on trading platforms or the corresponding intention (largely) excludes these facilitations – in contrast to NFTs. 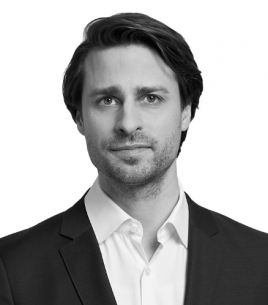 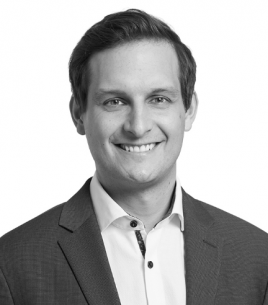 Associate
T +49 30 7262 18093
Email Tim Taesler, Maître en droit
View Biog
We have placed cookies on your device to give you the best experience. Find out more here, including how to change your cookie settings. If you continue to browse on this site, we’ll assume you’re OK to proceed. OK