What are the new Financial Services and Markets Bill's main features and what could it mean for digital token services providers?

Proposed omnibus legislation to beef up the Monetary Authority of Singapore’s (MAS) regulatory powers has been introduced in the form of the Financial Services and Markets (FSM) Bill, which was read in the Singapore Parliament for the first time on 14 February 2022.
In July 2020, MAS launched a public consultation into the new omnibus Act and on proposed changes that would enhance and consolidate its regulatory powers in the financial services, including regulating risks relating to digital token services.

MAS issues prohibition orders (POs) to bar persons from conducting certain activities or holding key roles in financial institutions.
Currently, MAS is only able to issue POs under the Securities and Futures Act (SFA), the Financial Advisers Act (FAA), and the Insurance Act (IA). It is unable to issue POs to persons regulated under other acts administered by MAS, such as the Banking Act, even if they have committed serious misconduct in the financial sector.
The FSM Bill gives MAS a harmonised and expanded power to issue a PO against any person who is not a fit and proper person in accordance with the “Guidelines on Fit and Proper Criteria“, which comprise the elements of:

The enhanced standards introduced by the Financial Action Task Force (FATF) require countries to regulate virtual asset service providers (VASPs) for money laundering and terrorist financing risks and that VASPs be at least licensed or registered in the jurisdictions they are created.
Currently, VASPs that provide their services in Singapore would already be subject to licensing and regulation under the Payment Services Act (PS Act) (in the case of digital payment tokens), the SFA (in the case of capital markets products) or the FAA (in the case of financial advisory services). However, there exists a gap: entities that are created in Singapore but offer services outside of Singapore are not captured under the current legislation.
The FSM Bill seeks to plug this gap by regulating all VASPs created in Singapore that provide virtual asset services outside of Singapore as a new class of financial institutions: namely, digital token (DT) service providers.
”Digital token” is defined in the FSM Bill to mean:

”Digital token service” is defined in the FSM bill to include the following:

DT service providers will have to be licensed and subject to ongoing requirements, including (in the case of a corporation):

Additionally, as MAS considers all transactions relating to DT services to carry higher inherent money laundering and terrorist financing risks due to their anonymity and speed, the FSM Bill also gives MAS powers to conduct anti-money laundering (AML) and countering the financing of terrorism (CFT) inspections and render assistance to domestic authorities and MAS’ foreign AML/CTF supervisory counterparts. To facilitate investigations, the FSM Bill imposes a general duty on persons who provide MAS with any information to use reasonable care to ensure that the information provided is not false or misleading.

Digital payment service providers should be mindful that the FSM Bill, when it is passed, will complement the licensing and regulatory regime under existing legislation such as the PS Act. For example, MAS will be able to issue POs against persons running licensed payment service providers who are not fit and proper persons by invoking the FSM Bill even though the PS Act itself does not give MAS the power to issue POs. This will enable MAS to respond more effectively to risks in the financial sector.

Digital payment service providers that are entities incorporated in Singapore but offer services outside Singapore should also be aware that they will be regulated under the FSM Bill when it is passed, and that they will be subject to licensing requirements, as well as AML/CFT requirements similar to those imposed on digital payment service providers operating in Singapore which are already regulated under the PS Act. 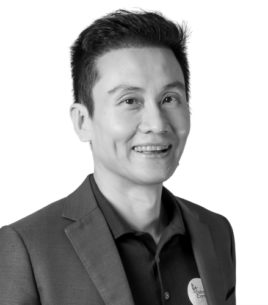 Director, Singapore
T +65 6350 4380
Email Chia Ling Koh
View Biog
We have placed cookies on your device to give you the best experience. Find out more here, including how to change your cookie settings. If you continue to browse on this site, we’ll assume you’re OK to proceed. OK