Why not all blockchain has a heavy carbon footprint

The carbon footprint of Bitcoin and other cryptocurrencies has been making headlines recently. We explain what drives their energy consumption and consider alternative approaches.

Bitcoin and the many other coins that have been created using a similar structure have a huge appetite for energy, often compared to the annual consumption of a whole country. This high energy demand can translate into a huge carbon footprint. But the energy demand comes from the particular structure of these blockchain systems. It is possible to create cryptocurrencies or blockchain systems that have a much lower carbon footprint, and indeed examples of these already exist.

Bitcoin is an open system which anyone can join and which is designed to enable user anonymity. It is decentralised and distributed so there is no central body seeking to control or police activity. It was designed as a way to transfer value so, by its nature, there is value in the system. This combination of factors means that the system needs to be protected from exploitation.

The central challenge is how to stop someone from spending a coin twice, so called “double-spend”. A transfers Bitcoin to B, but then transfers the same Bitcoin to pay C before the transfer to B has been confirmed. When the transfer to C is confirmed, the transfer to B is lost. Anonymity may well mean that B has no recourse against A. In the traditional monetary system, banks prevent digital double-spend through the process of clearing and confirming transactions. Bitcoin instead uses a system of investment and incentives to make it more worthwhile to adhere to the system than to try to steal from it by double-spending.

The carbon footprint issue with Bitcoin is generated by the way that transactions are confirmed and new blocks created, namely “Proof of Work” or “mining”. Proof of Work involves solving a mathematical puzzle in order to create a block on the blockchain. The puzzle is not conceptually complex, but is difficult in the same way that, say, finding the four numbers to open a combination lock is difficult (if you start at 0000 and work up to 9999, at some point the lock will open). Similarly, miners race to solve the mathematical puzzle and win a reward of brand new Bitcoin.

In contrast to the early days of Bitcoin, it is now only possible to mine Bitcoin successfully by deploying a significant amount of purpose-built hardware and processing power. The electricity needed to run the mining hardware for Proof of Work calculations is what generates the huge energy demand of Bitcoin. Most other major cryptocurrencies use a very similar mining/confirmation process and so generate similarly high energy consumption levels.

However, a blockchain system without a huge environmental impact is nevertheless entirely possible.

A high energy requirement does not inevitably mean a large carbon footprint. Renewable energy is developing at a significant rate in many parts of the world. Indeed, the major cloud service providers that operate vast data centres are some of the largest global purchasers of renewable energy. In some countries, the development of renewable energy infrastructure has been significantly boosted and enabled by the revenue streams created by long term renewable energy supply contracts with major tech businesses.

However, the incentives and opportunities to switch to renewable energy differ around the world. Many commentators have noted that a significant proportion of Bitcoin mining takes place in China where, although the installed amount of renewables capacity is vast, the percentage of total energy generated from renewables remains relatively low.

Not many public, decentralised and distributed cryptocurrency systems use a confirmation system other than Proof of Work, but there are alternatives. The most common is “Proof of Stake”. This essentially requires miners to hold an investment of the cryptocurrency in question, as proof of their good will and from which penalties could be taken if they act badly. Typically, miners’ ability to mine is proportionate to their stake, so it is increased by greater investment in the coin, not by purchasing more processing power and the energy to run it. In a Proof of Stake system, the more powerful miners hold more of the currency so the security of the system is protected by their correspondingly greater disincentives to attack it.

Currently only a minority of cryptocurrencies use this system. Ethereum has discussed moving from Proof of Work to Proof of Stake for some years, but the shift remains pending.

The financially onerous, energy-intensive nature of Proof of Work mining is deliberate and driven by the need for security in an open system which anyone can join. Open access was clearly a pre-requisite for the Bitcoin system, designed to offer a universal alternative to the banking system following the global financial crash of 2008. Decentralisation of the system, with no controlling body and avoiding any involvement of traditional financial institutions, was a driving consideration. But not all blockchain systems need to be accessible to anyone who wishes to participate and not all blockchain systems need to be decentralised.

Many applications of distributed ledger technology – for example, traceability in supply chains, an industry consortium’s trading system, an information-sharing system or an ID-verification system – can be run as a private, “permissioned” system with applicants vetted and verified before they are granted access. It would be entirely possible to create a permissioned blockchain-based digital payment system (just as credit cards require checks and approvals for applicants).

Systems that admit only trusted participants do not need to integrate security or incentives to keep the rules in their structure. They typically have a controlling entity. Such systems can therefore use far simpler confirmation processes than Proof of Work, potentially a straightforward consensus from the majority of participants, or even unilateral transaction confirmation by the central body.

There is currently high interest in cryptocurrency investment, driven by the recent huge price increases. There is also a growing understanding of the imperative of decarbonisation. To a large extent, these trends currently pull in opposite directions and create an ethical and environmental question around investment in cryptocurrencies.

It will be interesting to see if the growing emphasis on ESG that we are seeing across our client sectors starts to create demand for cryptocurrencies either to switch to green energy sources, or to adopt a low-carbon confirmation protocol such as Proof of Stake. Meanwhile, it is worth remembering that there are many applications of blockchain that can generate significant transparency, efficiency or accountability without posing this environmental dilemma.

If you would like to discuss any of these issues further, please don’t hesitate to contact the authors or your usual Osborne Clarke contact. Our collection of articles on cryptocurrency and blockchain are available here. 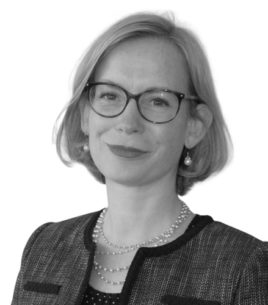 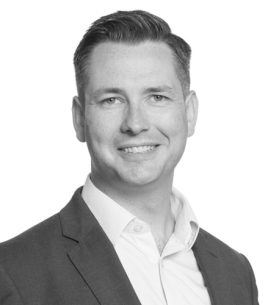 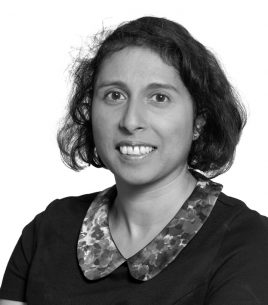 Head of Business Transactions Knowledge
T +44 117 917 4304
Email Dipika Keen
View Biog
We have placed cookies on your device to give you the best experience. Find out more here, including how to change your cookie settings. If you continue to browse on this site, we’ll assume you’re OK to proceed. OK