FinTech mergers under the CMA’s spotlight: what lessons can be learned?

On 8 April 2020, the Competition and Markets Authority (CMA) referred the completed acquisition by FNZ (Australia) Bidco Pty Ltd of GBST Holdings Limited for a detailed Phase II merger control investigation. The Phase II referral decision comes after a year of significant activity for the CMA in the FinTech sector. This is the fourth FinTech transaction to be referred to Phase II in the last nine months and follows Bottomline’s acquisition of Experian Payments Gateway, Experian’s acquisition of ClearScore and Paypal’s acquisition of iZettle.

Bearing in mind how few Phase II investigations there are in any given year (only 11 referrals in 2018/19), the message is clear: FinTech mergers are under the spotlight of the CMA, which is actively enforcing and monitoring in this sector. So, why the scrutiny of FinTech deals and what can we learn from these deals?

Digital markets are in the spotlight

Competition in digital markets is under the scrutiny of competition law regulators worldwide. In the fast-moving world of digital markets – where companies can build up dominance quickly and so-called “killer acquisitions” (that is, transactions where small innovative businesses are snapped up by competitors with increased market power) are frequent occurrences, the efficacy of merger control enforcement has been called into question. Enforcement agencies, including the CMA, have admitted that they have struggled to understand – let alone properly assess – the full impact of tech mergers. As a result, we can expect the competition enforcers to scrutinise tech deals carefully – including FinTech deals.

Certainly, we can expect the CMA to continue scrutinising deals in the FinTech sector. Not only has the government recently accepted a package of recommendations resulting from an investigation into the sector – including setting up a Digital Markets Taskforce – the CMA has made it clear that there needs to be more enforcement of tech deals.

Indeed, Andrea Coscelli, the chief executive of the CMA, has made clear the regulator’s intention to take a tougher stance in digital mergers, pointing to its post-Brexit ability to “take back control” of large tech deals that were previously in the exclusive domain of the EU. Mr Coscelli has cited the EU’s clearance of Facebook’s acquisition of WhatsApp as being an example of “merger control gone wrong“. His comments have been echoed by Andrew Tyrie, chair of the CMA who noted that there had probably been “under enforcement of merger control in the sector“.

And certainly the concern about “killer acquisitions” can apply to FinTech mergers: indeed, it was raised in the proposed Experian/Clearscore merger, which was abandoned in part due to CMA concerns that it would result in a loss of dynamic competition and innovation. Similarly, the CMA’s concerns that a strong incumbent had overpaid to “take out” a challenger also motivated its in-depth inquiry in PayPal/iZettle, although the transaction was ultimately cleared.

The CMA is increasingly interventionist

More generally, the CMA has become noticeably more interventionist in merger activity in recent years, partly as a result of substantially increased resources in preparing for Brexit. The CMA has a team dedicated to identifying recently completed transactions that are potentially of interest and they do not hesitate to intervene where they identify any concerns or where they receive third-party complaints.

What can we learn from the CMA’s handling of recent FinTech mergers?

While the competition issues raised in each case are obviously fact-specific, a number of broader lessons can be drawn.

The “voluntary” nature of the UK merger regime is a misnomer

Of the four recent FinTech Phase 2 referrals, Experian/ClearScore was the only transaction that had been voluntarily notified to the CMA for pre-completion clearance. The other three Phase II cases had already completed before the CMA asserted jurisdiction. The mere fact that there are no direct penalties for not voluntarily notifying a qualifying merger does not mean that merger control can be avoided.

This is a symptom of the UK merger control regime operating a so-called “voluntary” notification system, where parties are free to decide for themselves whether to notify a transaction for merger approval prior to completion. In theory, this is meant to be a business-friendly policy, intended to avoid deals that don’t give rise to any issues being notified and wasting the CMA’s resources.

In practice, the cost and procedural burden of notification, coupled with the possibility that the transaction may not get picked up by the CMA in any event, deters many from notifying voluntary. The upshot is that the CMA is instead increasingly asserting jurisdiction after completion – it can do so up to four months after a completed transaction has “entered the public domain”.

However, a mandatory post-completion notification puts the notifying party at a material commercial and procedural disadvantage: not only will they (usually) be bearing the full merger control risk, but they will be under significant time pressure to respond to the CMA’s extensive requests for information. Often this means they have little time to formulate their clearance arguments and gather their supporting evidence. As a result, the risk of an inadvertent Phase II referral is increased.

Where the CMA get wind of a potentially interesting transaction (usually only after it has completed and has been announced publicly), they will write to the merging parties to request information and, often at the same time, impose an Initial Enforcement Order on the purchaser to prevent, as far as possible, the acquired business from being integrated (in case the transaction subsequently needs to be unwound). Initial Enforcement Orders are surprisingly far-reaching and, being unexpected, often create practical compliance challenges for the purchaser.

Initial enforcement orders are now routinely used by the CMA. Indeed, they were imposed in the FNZ/GBST merger, where the CMA has not only issued an Initial Enforcement Order but also required the appointment of an independent monitoring trustee to ensure the businesses complied with the Order. In Bottomline/Experian Payments Gateway, the CMA went further and – prior to the launch of its formal inquiry – imposed an Unwinding Order, which included an order preventing Bottomline from soliciting Experian’s customers and preventing any sharing of confidential information between the parties.

One of the advantages of seeking pre-completion merger clearance is that it avoids the need for Initial Enforcement Orders and the attendant expense and administrative burden of complying with them.

With a 40 working day Phase I review period and a six month Phase II process (which can be extended), the formal UK merger review timetable is already noticeably long compared to most other countries. Increasingly, however, the pre-notification period can extent to several months (rather than the 2-3 weeks optimistically suggested in the CMA’s guidance).

In Bottomline/Experian, which was a completed merger, the CMA announced that it had imposed an interim enforcement order in May 2019, but did not launch its Phase I merger review until August 2019 – a full three months later. The merger was ultimately cleared, but not until May 2020 – a full year after the transaction completed. Throughout this period, the purchaser was unable to take any steps to control or integrate the purchased business.

Notifying voluntarily prior to completion does not speed up the review process, but it does offer some procedural advantages, particularly by virtue of avoiding any need for an IEO and avoiding being forced by the CMA’s statutory timetable. However, as the CMA is under no statutory time pressure with mergers that have not completed, this means that the pre-notification period can extend for weeks or even months. Unfortunately, only the CMA can formally start the 40 working day Phase I review (which it does only when it determines that it has all the information it needs to assess the merger), which means the parties have little control over how long or extensive the pre-notification period is). While this can act as a major deterrent to voluntary notification, it should be balanced against the certainty and procedural benefits this route provides.

Following the Experian/ClearScore investigation – which saw the merger abandoned in Phase II – the CMA emphasised the importance of the parties’ internal strategic documents, commenting that, while internal documents are central to all merger inquiries, “in dynamic digital markets where past data might not be a good guide to present and future competition, they can be especially useful to get insight into how companies see current and upcoming changes in their industry.

Illustrative of this point was the fact that internal strategy documents were key to PayPay/iZettle, which was ultimately cleared after an in-depth Phase II investigation. One particular concern raised was that although iZettle had a very limited presence in one of PayPal’s core markets pre-merger, it may have been well placed to significantly expand its competitive offering in the near future. However, following a more detailed Phase 2 review of the merging parties’ internal strategy documents, the CMA concluded that iZetttle’s expansion in this market would likely have only occurred slowly and iZettle would have only remained a weak competitor to PayPal.

Merging parties should therefore expect the CMA to rigorously assess internal documents to identify future growth plans. Where those plans may suggest a greater degree of future competition between merging parties, those competitive overlaps will be investigated carefully by the CMA.

The ‘share of supply’ test is difficult to predict

While there are certain exceptions, the CMA can generally only assert jurisdiction where either the target has more than £70 million turnover in the UK or where the parties have overlapping activities such that they together account for a combined share of supply of “goods or services of any description” of more than 25% of “all or a substantial part” of the UK.

The looseness and practical uncertainty of application of the CMA’s 25% “share of supply” test has come under much criticism. While the CMA makes clear in its guidance that its “share of supply” test is a very different concept to that of market definition (effectively giving the CMA scope to define “goods or services of any description” in surprisingly imaginative ways), the distinction is rarely appreciated by clients and can cause bewilderment and consternation. Similarly, what constitutes a “substantial part” of the UK can be surprisingly small. A recent merger case even suggests that it can be enough for one of the parties to have more than a 25% share of supply in a vertically-related market.

In relation to FinTech mergers, this means that any overlapping or vertically-related activities must be identified and considered carefully to determine if there is any possibility of the CMA finding a way to assert jurisdiction.

FinTech deals are coming under close scrutiny by the CMA. This reflects that such deals typically affect large numbers of consumers (and hence the potential for direct and potentially significant consumer detriment) and often involve the acquisition of innovative technology firms.

The lesson for any FinTech companies looking to merge is to consider the potential application of UK merger control at an early stage. The CMA is creative in finding ways to assert jurisdiction and, if there are grounds for it do so, a merger clearance strategy needs to be discussed. While not every merger merits voluntary notification prior to completion, the consequences of the CMA asserting jurisdiction after completion should be thought through to avoid unwelcome surprises.

For further discussion of the considerations, please contact one of our experts. 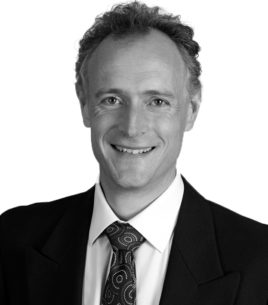 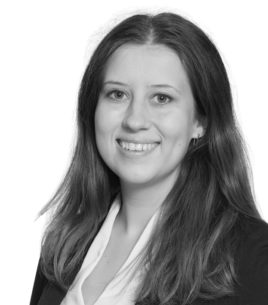 Associate
T +44 117 917 4352
Email Lucy Paull
View Biog
We have placed cookies on your device to give you the best experience. Find out more here, including how to change your cookie settings. If you continue to browse on this site, we’ll assume you’re OK to proceed. OK