On 29 March 2019, the Act Supplementing the Act on Tax-Related Provisions concerning the Withdrawal of the United Kingdom of Great Britain and Northern Ireland from the European Union - the Brexit-Steuerbegleitgesetz ("Brexit-StBG") – shall enter into force. The Brexit-StBG is intended to "cushion" a 'no deal' Brexit for the financial markets. The government draft is currently being debated in the German Bundestag. According to the draft, the Federal Financial Supervisory Authority (Bundesanstalt für Finanzdienstleistungsaufsicht – "BaFin) can only allow "big players" in the banking and financial services sector to continue using their EU passport (in Germany) until 2020, but cannot allow the same for smaller companies. Following Brexit (the UK is currently expected to leave the EU on 29 March 2019), smaller companies will probably need a licence from BaFin in order to continue providing banking business or financial services in Germany.

At present, companies based in the UK can provide banking services (Bankgeschäfte) or financial services (Finanzdienstleistungen) in Germany without a licence by BaFin if they are licensed and regulated by the Financial Conduct Authority (“FCA“) (the so-called “Passport Regulation”).

This is an outflow of the freedom to provide requested services in the EU and is stipulated in Germany under section 53b para. 1 sentence 1 of the German Banking Act (Kreditwesengesetz – “KWG“). Companies based in the UK will no longer be able to benefit from this provision in the near future. This is for one simple reason: After Brexit, the UK will no longer be a member of the EU.

However, the transitional license will most likely not apply to all financial players. According to a provision of the draft Brexit-StBG, BaFin may allow British credit institutions (Kreditinstitute) or financial service providers (Finanzdienstleistungsinstitute) that have been operating under the EU passport to continue their activities in Germany for a transitional period (no later than the end of 2020). However, this is only possible under two conditions:

A close relation with contracts that have already been concluded at the time of Brexit requires that the respective activity is legally or economically connected with the contract. This is, for example, the case where usual follow-up transactions (such as prolongations) or the exercise of contractually granted rights (such as options or conversion rights).

A negative consequence for the functioning or stability of the financial markets would in particular be if contracts with “very large business volumes” would have to be settled without the granting of a “transitional permit”. An example are contracts in the derivatives sector.

The settlement of contracts with comparatively small business volumes is therefore not particularly relevant when it comes to threats to the stability of financial markets. Further, BaFin shall limit the application of the transitional regulation “to individual, particularly affected supervisory areas such as banking transactions and financial services in connection with the execution of derivative transactions” and shall also make it contingent on the fulfilment of certain requirements.

In other words: negative consequences for the functioning or the stability of financial markets are only to be feared if a lot of money is involved – especially in connection with derivative deals. Therefore, only the big players on the financial market – i.e. economically particularly strong companies – will regularly be able to benefit from the “transitional licence” issued by BaFin.

Smaller institutions or financial service providers –in particular, FinTech companies – are therefore unlikely to benefit from the transitional regulation. In order to continue to be allowed to provide financial services in Germany after 29 March 2019, companies that are not among the “big players on the financial market sector” are likely to be subject to a licence by BaFin (according to section 32 para. 1 KWG). Further, companies in the payment industry are not covered by the transitional regulation.

The German Federal Council (Bundesrat) has already approved the Brexit-StBG on 15. February 2019 with the plea to the German Bundestag (Bundestag) to examine whether the “transitional licence” should also apply to payment service providers (Zahlungsdienstleister) and electronic money institutions (E-Geld-Institute). This would in particular have an impact on local start-ups and FinTechs which currently cooperate with payment service providers from the UK. EU businesses should also be allowed to transfer payment activities from their UK subsidiaries to EU subsidiaries. The German Bundestag has accepted this request and amended the draft accordingly. A final decision in the German Bundestag regarding the Brexit-StBG is expected today.

Not only Germany, but also other EU Member States are preparing for the possible consequences of an (unregulated) Brexit. In Sweden and Italy, for example, similar “hard Brexit laws” are also in the legislative process and – just as the Brexit StBG – are expected to come into force on 29 March. 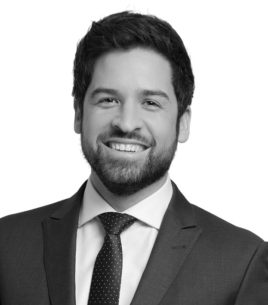