What’s next for Euro cross-border payments?

Under current rules, there is no difference for euro area consumers or businesses whether they carry out euro transactions within their own country or with another country in the eurozone.
In March 2018, the European Commission presented a proposal to extend this benefit to non-eurozone countries. This would allow all consumers and businesses in the EU to fully reap the benefits of the Single Market when they send money, withdraw cash or pay for something abroad.
So where has this proposal got to, and what would it mean for PSPs, particularly in light of the UK’s withdrawal from the European Union on 29 March 2019?

What are the proposed changes?

If implemented, the two amendments proposed to the Cross Border Payments Regulation (924/2009) (CBPR) would require PSPs:

According to the European Commission, these new requirements would not place an additional burden on banks, given that they: (1) would only affect cross-border payments in euro for banks situated in non-euro area EU Member States (where payments already benefit from an efficient infrastructure and are processed without manual intervention); and (2) would merely have to adapt their products and services fees documentation, which is already done on a regular basis.

Both the European Economic and Social Committee and ECB have published their opinions on the amendments (here and here, respectively).

What is the current status of the proposal and when will it take effect?

The proposal is currently progressing into European Parliament, and is expected to be agreed during Q4 2018.

When the proposals were first publicly announced, the European Commission set an implementation date of 1 January 2019, clearly indicating the importance and prioritisation attached to the proposal. The proposals are under live discussion now, and once the common text is agreed, it will be translated and then published in the Official Journal of the EU (OJ) (which usually occurs some 3 to 4 months following agreement). The implementation date is expected to be set for 12 months from publication in the OJ, therefore around Q1 2020.

A review of its effectiveness by the European Commission would also be scheduled for October 2022, which would take into account the possibility of extending the regulation to all cross-border payments, including those not made in euro.

What will happen after Brexit?

On 9 October 2018, the UK Government published drafts of the Electronic Money, Payment Services and Payment Systems (Amendment and Transitional Provisions) (EU Exit) Regulations 2018 and accompanying explanatory memorandum. These versions have now been laid before Parliament. This draft Statutory Instrument will amend retained EU law related to the Payment Services Regulations 2017, the Electronic Money Regulations 2011 and SEPA Regulation, to ensure that they continue to operate effectively in the UK once the UK has left the EU in the event of a ‘no deal’ Brexit.

In particular, the UK Government is seeking to maximise the UK’s prospects of remaining in SEPA as a third country. According to a letter from John Glen (Economic Secretary to the Treasury) to Sir Bill Cash (Chair of the European Scrutiny Committee) dated 18 September 2018, ‘this involves fixing these pieces of EU law such that our domestic statute book can be found “functionally equivalent” under the European Payment Council’s SEPA access criteria’.

The UK government’s current approach is that the CBPR should not remain on the UK statute book after Brexit. The rationale being that applying the CBPR just to UK banks, effecting payments in the UK, would put them at a competitive disadvantage, and CBPR equivalence is not a requirement for third country participation in SEPA. This approach is also consistent with the UK government’s historic view that it should not extend the CBPR to sterling-denominated payment transactions.

So the same approach could be expected of these proposed amendments, though with the FCA’s focus from a consumer protection perspective on foreign exchange, we would expect it to consider the impact of DCC, which could result in a different approach regarding that element. 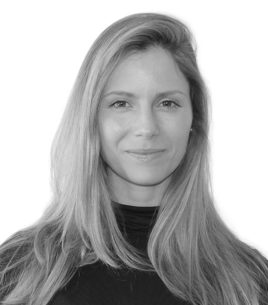 Partner
T + 44 20 7105 7446
Email Paul Anning
View Biog
We have placed cookies on your device to give you the best experience. Find out more here, including how to change your cookie settings. If you continue to browse on this site, we’ll assume you’re OK to proceed. OK